Being able to stand toe-to-toe with the Man of Steel is no easy task, no matter what planet you are from.

While General Zod was Superman's main villain in the 2013 film Man of Steel, he was hardly the only threat that Kal-El had to deal with. ​

One of the breakout performers in the film was Antje Traue, who played Faora Hu-Ul, a Kryptonian military commander who is loyal to Zod. ​

She portrays a strong and violent woman who is more than capable of handling her own on a battle field and is a formidable threat to the hero. ​ 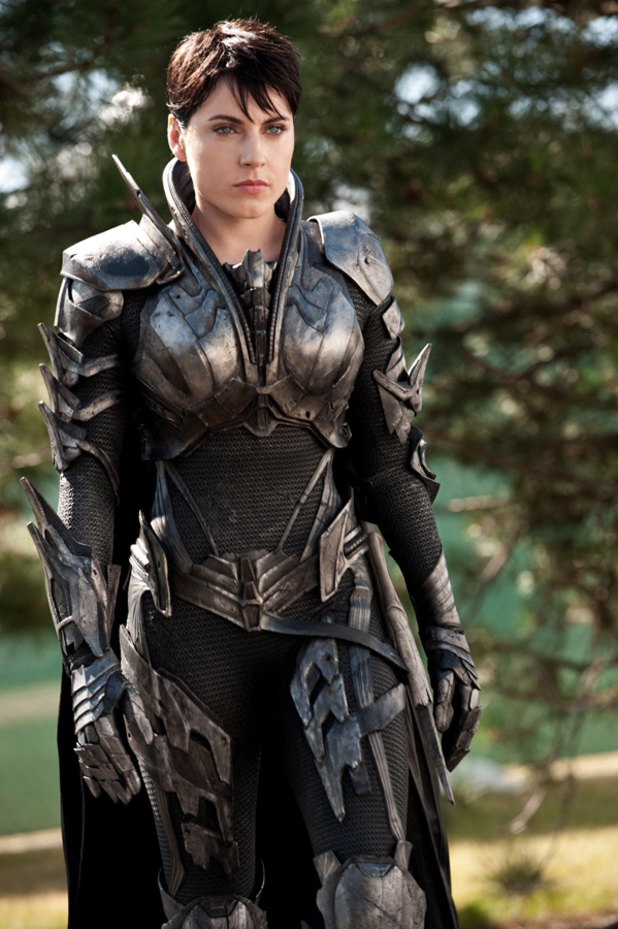 Traue spent 4 months preparing for her role in Man of Steel, both training and dieting, according to an interview with Hero Complex. While, as an alien from the Planet Krypton her superhuman strength and speed levels don't come from exercise, it helped that she looked like she could beat up anyone who would get in her way.

The video below shows Traue working out, along with Henry Cavill as Superman. Like many actors in Zack Snyder films, she was trained by Mark Twight, who is known for getting actors into the shape the need to be for their character.

You can see examples of the types of exercises she did, and you can see her performing split squats with kettlebells banded to the barbell, pulling rope with a chain, and performing single leg exercises. This are very challenging exercises, and help build lean muscle and burn fat.

Most people who have watched Man of Steel agree that Faora's action scenes are among the highlights of the film. In them she is seen fighting planes and the military, as well as generally destroying the town of Smallville. In other words, evil villain stuff.

While she didn't need to necessarily big and bulky, as her powers in the movie come from the Sun, she was able to look the part of a tough villain by having a lean and fit look, while doing functional training. These workout also helped prepare her for the action scenes while filming, as it was a very physical role.

Traue learned to enjoy the grueling training after she got used to it and talked about how ​that physical exercise gives her a sense of strength and power. You can see this confidence in her portrayal of the character.

Antje Traue On her workouts to portray Faora

Working out and lifting weights made me experience that there is beauty to physical strength and fearlessness and power. Eventually, you come to a point where your mind allows you to break through your physical boundaries and takes you to places where you think you could never go to.

The role as Faora was important for Traue, a German actress. Her great performance helped to propel her career forward and she has since been seen in movies such as Seventh Son and Woman in Gold.