When you are just a mere mortal who has to fight an alien with superhuman abilities, you better at least like like you won't get splattered on the first punch. The Ben Affleck Batman workout and diet helped him to reach a look that makes him look like he can stand against Supeman.

When cast as the new Batman for Batman v Superman: Dawn of Justice and Justice League, Affleck needed to bulk up to his most muscular levels ever. After more than a year of training 1.5 to 2.5 hours per day, Affleck had great results, eventually achieving a weight of 228 pounds on his 6'4" frame at just 7.9% body fat. 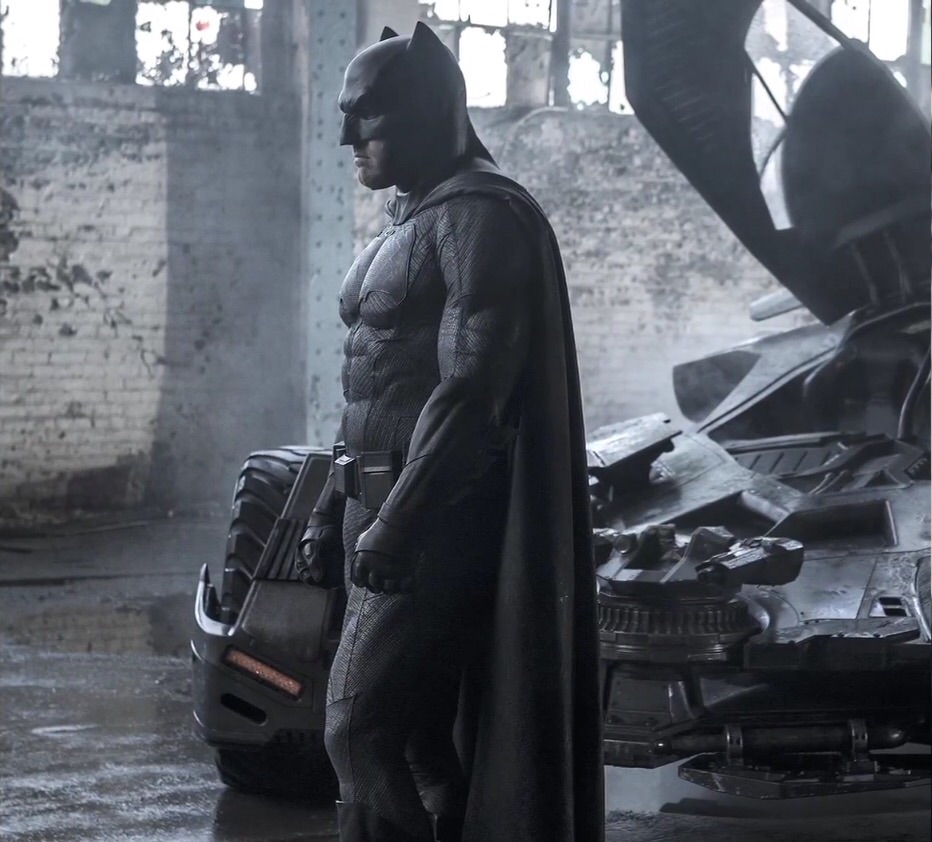 Prior to signing on for the role of Bruce Wayne/Batman, Affleck was in great shape at 6.8% body fat. He got so lean for The Town, which he directed and starred in, but was only 198 pounds and not big enough for Batman.

The March 2016 issue of Muscle & Fitness explored the work that Affleck put in to achieve the look of Batman. Director Zack Snyder and Affleck wanted to bulkier Dark Knight to be able to stand face-to-face with the Man of Steel.

And they definitely didn't want him to look like Christian Bale or Michael Keaton. They were thinking bigger. Much Bigger. After all, if Batman (a human being with no actual superpowers) was going to stand a chance against an alien who can fly, freeze stuff, and turn back time, he was going to need major muscle. Like, comic-book muscle.

To achieve this look, Affleck worked with trainer Walter Norton Jr.﻿, whom he had worked with on The Town to lean out. Norton also had experience with several professional sports teams, such as the Celtics, in Boston, where Affleck is from.

You can see a sample of the Batman workout that Affleck would go through in a typical day below. While this is hardly the only training they did, you can see there is a heavy focus on volume, particularly in the upper-body. ​

​Remember, this is just a snapshot of what one workout might look like while Affleck was training for the role of Batman. Even on an individual day, this isn't the only work that Affleck would get in.

He would begin each training session with a long warm up, which con​sisted of significant time spent on a cardio machine, like the elliptical or a rower, followed by foam rolling, stretching and then activation exercises.

These activation exercise would partially warm up the muscles and partially get in extra volume of work to increase muscle mass. Some examples of these exercises include seated rows and core work like planks. Each day would end with a cool down

Other days would also consist of a warm up, activation exercises, a strength session which focused on chin-ups an squats, as well as a strength circuit which would get in more volume in both the upper-body and legs. ​

In that same issue of Muscle & Fitness, Norton made a comment about how, although it is helpful that celebrities can afford help to get in shape, it is ultimately up to the individual and their mental fortitude to be able to reach their fitness goals. ​

It's funny, people always talk about how it's easy for celbrities to get in shape because they have a support team. But the work can be done only by you. Nobody else can do it for you. That's the cool part about the iron game. It's equal for everybody. You make a choice, you commit to the process, and you've gotta get it done day after day after day.

While Affleck was trying to bulk up to play the Dark Knight, putting on extra body fat wouldn't do him any good, so he had to focus on good nutrition to gain strictly muscles mass and not just pounds.

​While he was already lean, anytime you put on 30 pounds, there is a good chance that it isn't all muscle, no matter how hard you are training. Affleck's diet was designed by Rehan Jalali. ​A typical daily diet would look this:

A diet like this may be the hardest part about playing a superhero. A limited variety of foods can be very mentally challenging for anyone. Affleck would eat the same or very similar foods almost every day for months.

It's easy to see how he could attain such a lean and muscular look with this nutrition plan. Every meal consisted of a high quality protein source and is low on anything else. With egg whites at breakfast, a double protein option at lunch, and chicken or fish for dinner, Affleck was getting tons of good protein in his diet.

Affeck's strength training sessions were typically in the morning, so the biggest chunk of carbohydrates were consumed for breakfast with oatmeal. The rest of his meals were very restricted on carbs and fats. ​

One important note is that we don't know the quantity of calories Affleck was consuming in total. While the diet listed above doesn't necessarily seem like a lot of calories and can be pretty strict, it still takes a good amount of food to support a 228 pound muscular frame.

Aflleck would typically workout 6 consecutive days, before resting for 2 days. When training at least 1.5 hours and shooting or directing films all day, that is tremendously taxing on the body. That is why he had to train smart, eat right, and make sure his body was recovering.

​While doing the Ben Affleck Batman workout and diet might not make you look like a DC Comics Justice League hero, it was a key part of the movie process by helping Affleck look like a superhero.