For many fans of the Avengers, his character stole the show with his fierce intensity, impressive athletic ability, and mysterious fighting abilities that he was able to consistently put on display. 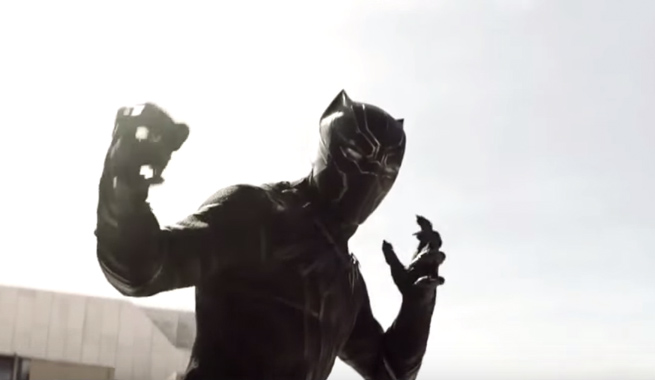 Prior to landing the role of T'Challa/Black Panther in the Marvel Cinematic Universe, Boseman was in great shape but took his training to another level to play the Wakandan King.

Boseman began working out to portray Black Panther as far back as November of 2014, even though the character wouldn't appear on film until the 2016 film Captain America: Civil War and wasn't set to star in his own film until 2018.

It takes many actors, even already fit ones, months if not years to be able to transform their bodies into comic book characters, and that was a challenge Boseman didn't take lightly. He kept quiet into the type of workouts he was doing, other than to say he focused on strength and flexibility.

His character is not only strong and fast, but very agile and an expert fighter. ​According to Boseman, the focus of his workouts was "a lot of strength and flexibility, but I'm not going to say anymore. I'll be in Captain America 3. We're preparing that right now as well. We're sort of beginning the work out for that."

Boseman had previously portray a real life superhero, Jackie Robinson, in the 2013 film 42. While Robinson's professional baseball career was in the 1940s and 1950s, when training technologies were much less advanced, he was still in terrific shape.

Boseman got in great shape for that role, which certainly helped demonstrate that he could have the physique and acting of a comic book hero. He convincingly portrayed a character that was lean, strong, and athletic.

You can see video of Boseman training as Jackie Robinson in 42 below. ​While there is a lot of baseball playing involved, you will also see him running, jumping rope, and lifting weights with exercises like split squats and plyometric push-ups.

After 42, Boseman returned to the world of sports for the 2014 film Draft Day, as linebacker Vontae Mack. He found the training for a football player to be much different as he needed a much bulkier build and put on 25 pounds of muscle.

He was able to accomplish this in a short amount of time through a combination of weight training workouts and a high protein diet that focused on protein shakes. The football workouts were new to him, as he had previously done more isometric and bodyweight exercises. ​

Chadwick BosemanOn his diet and exercise routine for Draft Day

We started filming three weeks after I got the role. So I probably kept gaining during the course of it. Just eating everything. Protein shakes. Lifting weights. Which I don't usually normally do. But I like a high powered workout that a football player would do as opposed to, for baseball. [For] 42, it was like isometrics, like body control and you create your own resistance.

Boseman has had an impressive young career and it is only going to continue to rise. In just a few short years, he has gone from portraying Jackie Robinson to James Brown in Get on Up, followed by Black Panther.