Chris Pine is a popular actor because of both his acting talent and his ability to look the part of an action hero.

​Whether it be as James T. Kirk in the Star Trek movie series, Jack Ryan, or as Steve Trevor in the DC films universe, Pine doesn't just have the acting chops, but also the necessary fitness levels.

The Chris Pine workout routine below shows how he is able to get in shape to look the part of such heroic roles that require plenty of action. ​

Paul Vincent of Altus Sports Institute is the trainer responsible for getting Pine into shape. His workouts consist of a mix of functional training and metabolic conditioning to build lean muscle and strip of fat. 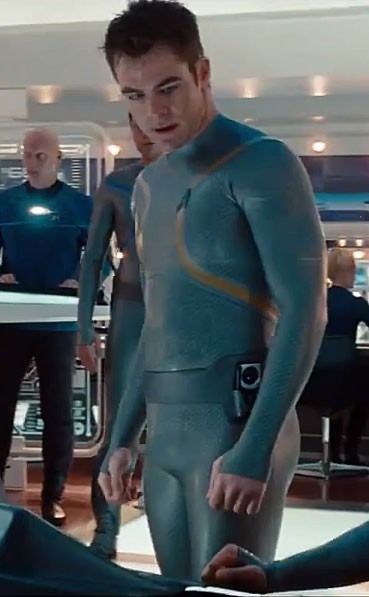 David Hochman of Men's Health has an article about how Pine gets in shape for his physically demanding roles. The main ideas behind the training sessions come from 3 main categories:

A variety of cross-training is mixed into Pine's workouts to help give him functional strength that can be used on a movie set. Some examples of this include yoga and boxing. These examples can be altered based on what type of movie he is doing. For instance if he is going to be in an action fighting movie, more boxing or martial arts work would make sense.

The 500 club is an example of the type of metabolic circuits that Pine performs. In these, he chooses 5 exercises, and aims to perform 100 reps of each, with no rest. The goal is to perform 100 consecutive reps and then to quickly move on to another station to perform your 100 reps there.

This is a great workout to really boost your metabolism. It can be performed with any number of different exercises and can help build or maintain lean muscle mass while shredding fat. If you are going to do this, it might be smart to start with 5 easier exercises that you know you can perform well before moving on to more advanced or heavier lifts. ​

It is a good idea to time these to challenge yourself and to know that you are making progress. The number will give you something to shoot for during your next workout and you will be able to track your gains. ​

Circuits like these can really be tailored to individual goals. For instance, if you are looking to put on some muscle mass in your upper-body, you can choose a variety of exercises that challenge your chest, arms, shoulders, and upper-back.

If you want to strengthen your midsection, there are plenty or core exercises to choose from. If you are looking to simply burn some calories, here is a great total body

Pine's roles require a variety of different acting skills but it helps if he is able to look the part of an action hero. For instance, as Steve Trevor he stars opposite Gal Gadot as Wonder Woman in the DC Comic film universe.

The Chris Pine workout examples above show that acting ability can only get you so far in action flicks. You must also be able to look the part of an action hero to be able to earn iconic roles that will be remembered.