Long before superhero movies became a staple at the top of the box office, there was one hero who started it all.

In 1978, Superman: The Movie brought the DC Comic's Man of Steel to life in the first big budget superhero movie ever with what was, at that time, the most expensive film ever made at $55 million.

There was one major problem before the movie was released - the producers couldn't find anyone capable of both acting the part and pulling off the physical look of Superman.  ​

35 years before Henry Cavill put his stamp on the character in 2013's Man of Steel with a more modern training regimen, ​the Christoper Reeve Superman workout and diet plan allowed Reeve to bring the look of the character to the big screen. 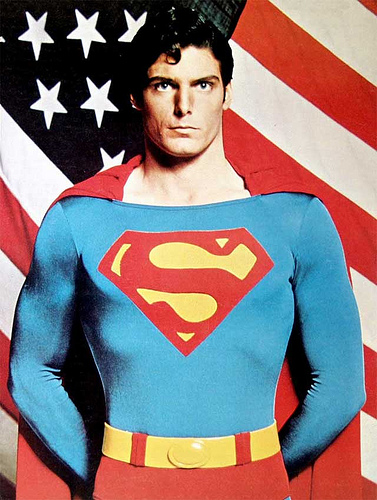 Director Richard Donner settled on the unknown Chrisopher Reeve to play Superman. Reeve was a gifted actor but at 6'4" and 188 he was for too lean to convince the audience he was an alien from Krypton who had superhuman strength and speed and could fly.

Reeve earned the part in 1977 at the age of 24 after an impressive screen test, but with one caveat - Donner and the producers at Warner Bros. wanted him to wear a muscle suit to bulk up. ​Reeve refused and undertook a strict daily training regimen for 10 weeks to look the part, which consisted of:

These weren't fluff workouts either, as every minute was meant to challenge his body to adapt and grow. Reeve initially struggled mightily when he was introduced to the training program:

I went into the locker room and heaved.

Christopher Reeve
After his first workout preparing for Superman: The Movie

​Reeve's program was setup by none other than David Prowse. A bodybuilder and weightlifter, Prowse is most famous for playing the role of Darth Vader in the first Star Wars trilogy. Prowse actually was hoping to receive the role of Superman himself, but was denied an audition.

To have a build like Superman takes much more than just lifting weights. Reeve also made sure his diet and nutrition would give him everything he needed to bulk up. To add the mass he needed, his diet consisted of:

The hard work from proper training and nutrition paid off, as Reeve was able to bulk up plenty big and wasn't threatened to wear a muscle suit again.

According to a January, 1979 issue of People, Reeve added as much as 33 pounds at one point during his 10 weeks preparing for the role, and he eventually settled in at a muscle-bound 212 pounds. He also added 2 inches of muscle to his chest.

The muscle wasn't just for show either, as Reeve became very strong. ​After initially being very weak in his lifts, he quickly was able to get his bench press to a very impressive 320 pounds.

The added bulk gave Reeve the confidence he needed to play the role, as he is quoted in the People article as saying "I had to get to a state where I could believe I was Superman".​

This shows in the film as Reeve exuded a quiet confidence that only the last son of Krypton could. He received critical acclaim for his performance and would go on to play the character in 3 sequels to the original film.

Reeve sadly passed away in 2004 at the age of 52. ​Reeve became a quadriplegic in 1995 after a horse riding accident. After that he began work with what would become the Christopher and Dana Reeve foundation, a charitable organization that works to treat and find cures for types of paralysis caused from neurological disorders such as spinal cord injuries. You can find out more information about the charity at http://www.christopherreeve.org/.

This Christopher Reeve Superman workout and diet program is a testament to the dedication that Reeve put into the character and made him one of the greatest superhero actors of all-time and built a group of fans that would last for generations.