Jai Courtney is known for his major action roles in films like Jack Reacher, Divergent, and Suicide Squad.

His lean and muscular physique is what many movie producers are looking for in an action star and has helped him land those roles.

The Jai Courtney workout routine and diet plan below show how he was able to get in such great shape for his various action roles. ​ 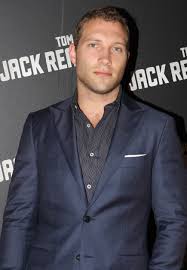 Courtney likes to incorporate plenty of variety into his training program as he's "not someone who has a lengthy attention span, and that applies to my exercise routine as well", as he shared in an interview with Men's Fitness.

In his youth, Courtney focused on getting exercise outdoors and spent years training for both swimming and rugby. Today, he usually focuses on simple resistance training and bodyweight exercises, using tools such as:​

The variety he uses is a big part of Courtney's success. The resistance training helps to build lean muscle mass needed to play an action star, while things such as the TRX suspension training provide more functional work that allows him to perform some of his own stunts.

Courtney shared the struggles of an intense training program in an interview with Alison Stephenson of news.com.au.

This one sucked for preparation because I had to get as lean as possible, which means you're not eating as much and you're doing the most boring kind of training, which is low-impact cardio and so it's kind of mind-numbing, but you've just got to do what you've got to do to achieve certain results.

Courtney also has to tailor his training program so that it fits with his upcoming role. For the 2016 DC Comics villain team-up Suicide Squad, where he plays Digger Harkness/Captain Boomerang, he spent more than 3 months learning different martial arts fighting styles to prepare.

When Courtney has to get lean to play a character, his diet is very strict. He tends to focus on lean proteins and vegetables when dropping weight, with chicken and broccoli being staples of his nutrition plan.

The most extreme example of this is when Courtney dropped 20 kilograms, or more than 40 pounds, of body weight for his Terminator role. To accomplish this, his diet consisted of protein-filled meals and drinking more than 8 liters of water per day.

Strict diets like these can be very challenging for longer time frames, so he only gets really strict when he needs to. The rest of time, he tries to maintain his fitness levels as best he can. Courtney also had to limit his intake of carbs and beer, as he shared in an interview with news.com.au. ​

Jai CourtneyOn the stuggles of a strict nutrition program

There's an expectation you will look your best. I think it's easier for some people than others because genetics come into play. And it certainly doesn't get any easier as you get a little older. I really have to watch it because eating good food is something I am passionate about. Eating a balanced, nutritionally-focused diet is tough. So what I will tend to do is knuckle down for periods of time when it really has to count.

Courtney's muscular physique has made him a popular choice with movie producers in directors in recent years. His career is filled with action roles such as I, Frankenstein, Unbroken, and A Good Day to Die Hard.