Playing an action hero, even one that may be robotically enhanced, is a challenge for any actor.

Joel Kinnaman has acted in a variety of action-based films, such as the lead role in the 2014 RoboCop remake, Easy Money, and as Rick Flag, a military leader of a DC Comics super-villain group in 2016's Suicide Squad.

While for his main action role in RoboCop ​he plays a character with enhanced strength from robotics, Kinnaman still worked to get into action star shape.

Below is a sample Joel Kinnaman workout from when he was preparing to play Detective Alex James Murphy/RoboCop. Kinnaman's training program was overseen by Bobby Storm, a celebrity fitness trainer. 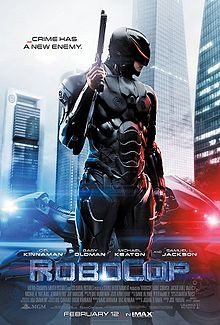 The Joel Kinnaman workout for RoboCop

An article from Muscle & Fitness touched on the type of training Kinnaman had to do to prepare for the role of Robocop. He focued primarily on resistance training circuits, such as the one below, and would never do the same workout twice. This training program helped him to go from 182 pounds to 186 pounds and more impressively drop from 13.5% to 9% body fat.

All of these exercises were repeated in a circuit a total of 4 times per workout, with 2 minutes of rest between each set. For each exercise, he would choose a weight that he could perform at least 15 reps with and do them until failure, then quickly move to the next lift.

While the circuit listed is for chest and arms, this format can be copied for working other muscle groups. This type of training can both build muscle and burn fat when combined with the right diet plan, as evidenced by the fact that Kinnaman gained weight while dropping his percentage of body fat when on this program. ​

Strom touched on the mental approach that actors need to take when they are looking to transform their body for a role in an interview with ShortList:

A big myth is that Hollywood actors have it easy because they have a trainer and a chef. Trust me when I say they work their asses off! I push the heck out of them to achieve the results you see on screen. Make a realistic goal, but you have to want it really bad. By giving 100 percent and working out with intensity each time, you'll get the results you need. It's not enough to just show up.

It's important to note that it takes just as much hard work for celebrities to transform their bodies as it does for "normal" people. It all comes back to setting a goal, choosing the right exercises and training routine, following a good diet program, and committing to making the changes.

Strom also touched on the type of diet he normally recommends for his fitness clients:

The best way to eat is in small portions, five to six times a day depending on how much you want to bulk up, and comprised of lean protein, complex carbohydrates and essential fats. I use a company in LA called ZEN Foods, as it’s gluten free. I find eating gluten free is a really effective method for getting fast results in body appearance, so source food like that where you can..

This is a pretty common, and effective, outline for a nutrition plan. Many experts recommend eating several smaller meals throughout the day to keep the metabolism going at a slightly increased rate.

This also allows you to constantly feed your body with high quality protein which is important for bulking up and putting on solid muscle mass. Making sure the rest of the diet is in check with quality carbs and essential fats will allow you to bulk up without putting on unwanted fat. ​

The lead role in RoboCop was important for Kinnaman's career and has led to success in other acting roles. He has gone on to star in a couple TV shows and several movies because of both his acting skills and his commitment to look the part of an action hero.