The John Krasinski workout for 13 Hours

John Krasinski is a famous actor because of his comedic chops, which he displayed for 9 years as Jim Halpert on The Office.

He proved he could get into action star shape to play former Navy Seal Jack De Siva in the 2016 film 13 Hours: The Secret Soldiers of Benghazi.

Krasinski got in the best shape of his life for the role, adding tons of new muscle and going to a body fat percentage of 25 to 9 in just 4 months. 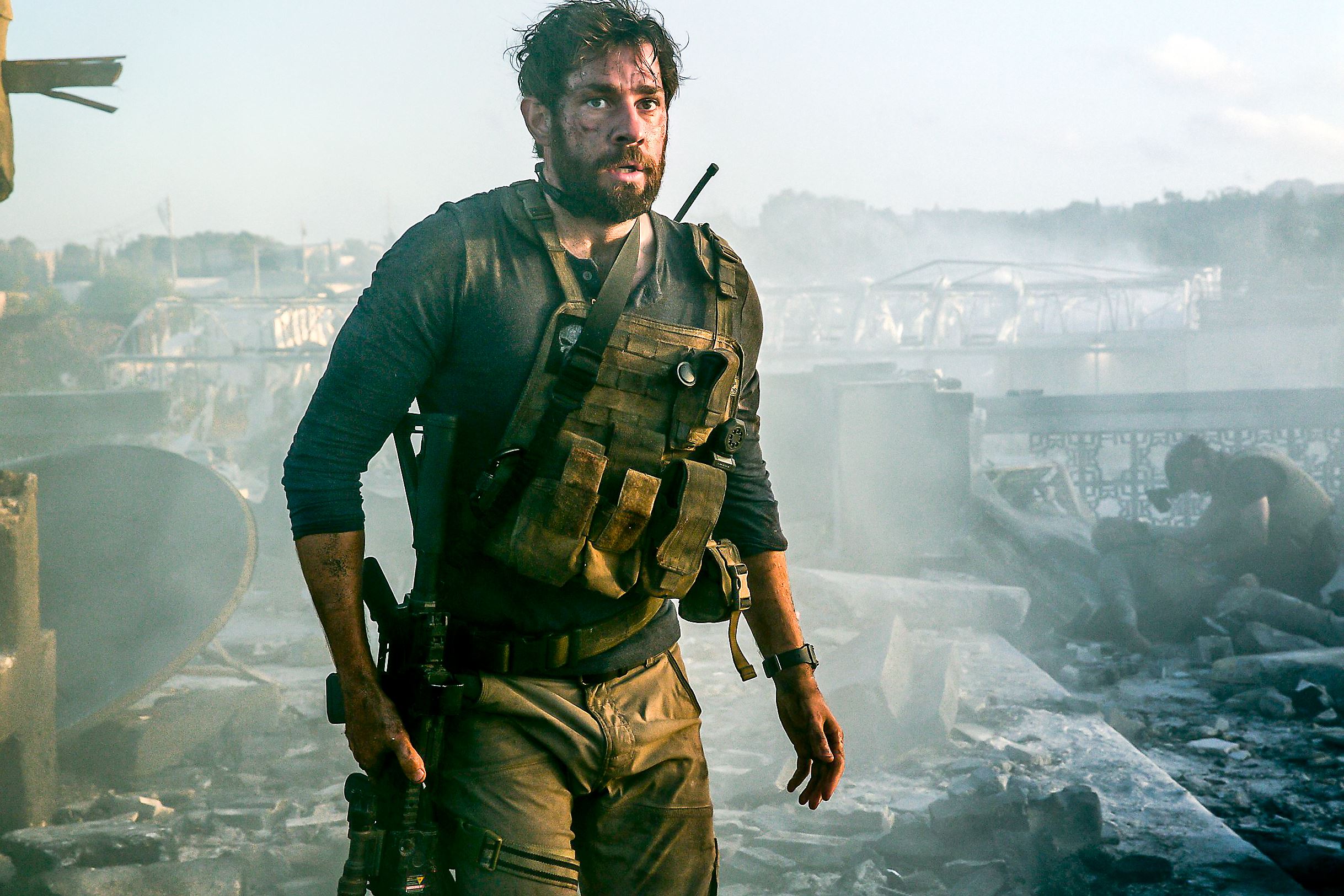 Krasinski never had to do specialized training for his comedic roles. For his first action movie, he wanted to dive into the character. He did a variety of training to make sure he was both built for the role and capable of pulling off the action of a Navy SEAL on screen. His training included:

Krasinski's body transformation was very impressive. He enjoyed the feeling of continually getting stronger with each workout, but he found it to be very challenging. He talked about it  in an interview with Men's Health, saying "getting stronger every day is thrilling. I gotta be honest: It was brutal at times. We did tons of metabolic work, dragging sleds and all this stuff I've seen NFL players do."

Krasinski was personally trained by Jason Walsh of Rise Movement. His workouts consisted of plenty of weight lifting mixed with cardio conditioning, including sled drags. His routine consisted of exercising twice daily for 5 or 6 days per week.

John KrasinskiOn his training for 13 Hours

Physically, it was an extremely intense workout. We did two-a-day workouts with my trainer, Jason Walsh, who trained Bradley Cooper for American Sniper. He takes it as seriously as you're trying to take the part, which I really appreciate. Staying in shape like that - it takes work. But bizarrely, by the end, I really liked it. I really liked the science of the whole thing, learning how everything is making you stronger and better.

Nutrition was obviously a huge part of Krasinski's transformation and it started with lean proteins and vegetables. He joked in an interview with Jimmy Kimmel that he "basically ate salad, and chicken, and water."

While his diet may not have been quite that extreme, it is clear that it was pretty strict. Dropping from 25 to 9 percent body fat in 4 months require a serious commitment to exercising and eating clean. ​

Krasinski's trainer told him to literally throw out his bathroom scale. ​He was focusing too much on day-to-day weight changes, which are largely water weight, and couldn't see the bigger changes that were happening. Quality muscle gains and fat loss take weeks or months to start showing.

While Krasinski is known for his comedic roles on both TV and film, he proved in 13 Hours that he could get in shape to be an action star. ​