Xena is known as one of the fiercest women in the history of television, and it took a very talented actress to bring the character to life.

Lucy Lawless portrayed the character in Xena: Warrior Princess from 1995 to 2001​, a series spun off from Hercules: The Legendary Journeys and based on a fantastical version of ancient Greece.

Playing both a warrior and a princess comes with major expectations, not to mention plenty of work spent on stunts and fight training. ​ 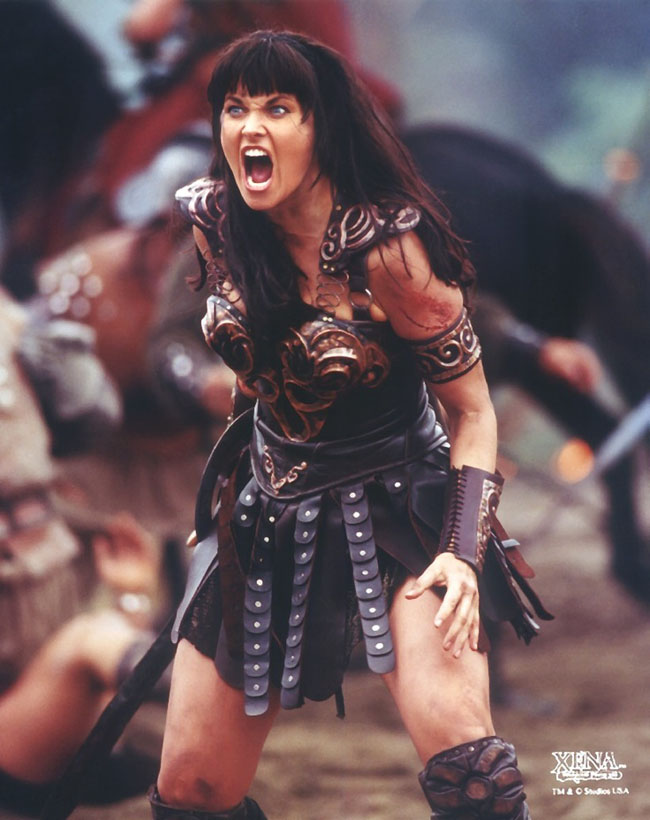 While Lawless did have stunt doubles for more complex action scenes, she did perform many of her own stunts, but also wanted to look the part of an ancient warrior princess. When she was first filming the role, she struggled to find balance between her long days on set and her training program.

She initially worked out 5 days per week after 14 hour days of shooting, but quickly got burned out. She then switched to a less intense schedule, with most of her workouts at home, and found better success.

Lawless eventually found that Pilates worked best for getting her in the shape she wanted for the role of Xena. ​She found that they way Pilates targets flexibility, strength, endurance, and body awareness helped to give her a toned look of a warrior with the presence of a princess.

At one point, she was doing Pilates workouts 3 times per week along with her filming schedule. She would also look for more intense workouts to supplement this training and burn fat and build muscle. In total, she would incorporate:

Lawless has played many other roles since her time as Xena, including as D'Anna Biers in Battlestar Galactica and as Lucretia in the Spartacus series. While her training has changed over the years, some of these roles still required plenty of action. She shared how she stays in shape today in an interview with Teri Polo of Lifescript.

Lucy LawlessOn the type of exercise she does today

​I do weights, core [exercises] and all that sort of stuff. And just lately I've been getting back into cardio. My husband had me doing [interval training], where you get your heart rate to 120 and then for about 30 seconds you go as hard as you can and then wait for your heart rate to come back down, and then do it all over again 8 times. I have never felt that euphoria that people talk about from exercise, except in the last 2 days. I'm like "I feel like I've just come off stage!" I'm completely buzzing, because I got my heart rate up a bit.

Lawless is doing a lot right to stay in shape today. Lifting weights and mixing it up with cardio is important in almost any fitness program. Resistance training helps to build and maintain lean muscle mass and interval training can really boost the heart rate and burn the calories.

Lawless tried out The Zone diet after breaking her pelvis, according to a 1998 article with Globe Magazine. The core of the diet is meat and veggies and tries to limit the total consumption of starchy carbohydrates. A typical day of eating would look the following:

A diet like this has a lot going for it. Quality protein and vegetables are important for anyone, but especially so if you are going to be putting your body through 14 hour days on set with a challenging workout at the end. Keeping carbs low will help to shed any extra body fat.

Lawless took her fitness and nutrition very seriously and it is part of what has made her such a favorite among fans over the years. She was able to convincingly pull off the look off a fierce warrior to lead a hit TV show for 6 seasons.

Lawless has had a long career with many roles in both TV and film, but a generation of fans will always remember her for helping to set the trend for female action heroes as the star of Xena: Warrior Princess.