Harley Quinn is one of the most iconic characters in comic book history and portraying her comes with a lot of expectations from fans.

Luckily for fans, Margot Robbie's incredible acting skills and dedication to the role allow her to portray the look and attitude of the crazy and villainous psychiatrist of the Joker in the 2016 film Suicide Squad. ​ 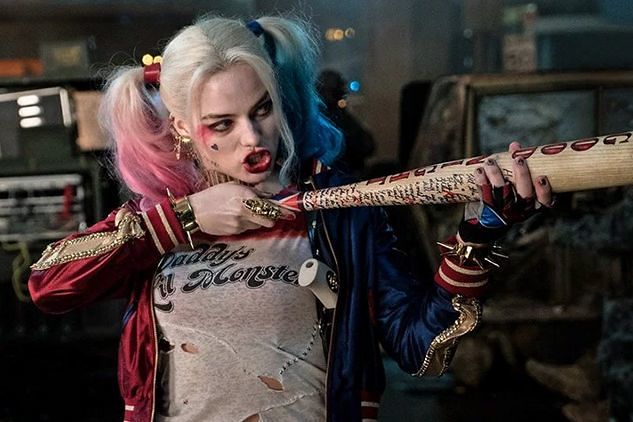 Harley Quinn in the comics is known for being an acrobatic gymnast, so even though Robbie already looked the part, she had to do a variety of different workouts to be able to portray the more action heavy parts of the character.

Robbie lifted weights so she could be strong enough to perform some of her own stunts. She also enjoys getting in exercise outdoors by running and lifting heavy objects, like rocks and logs, out in nature. This type of training translates very well to the character of Harley Quinn, who is frequently running, fighting, and showing off her acrobatic skills.

While filming Whiskey Tango Foxtrot with Tina Fey before she filmed for Suicide Squad, she had a personal trainer following her around the set at all times, as was shared in an article with Vogue. This helped her to be ready when it was time to film the role of Quinn.

A lot of heavy lifting for an actor. But she's a tough girl, and she's incredibly smart and mature beyond her years. She has ridiculous depth, and she's never been coddled, so she's very physically courageous. The things she was doing herself as far as stunts, you wouldn't believe. There's only a handful of actors who do that sort of work themselves.

Related: ﻿The Jared Leto workout and diet for Joker and ﻿The Gal Gadot Wonder Woman workout

The fact that Robbie was able to perform so many of her own stunts is very impressive considering all the action her character does. She has to be incredibly strong and athletic to do even half of the wild thing that Quinn does.

A healthy diet isn't exactly a strong part of Robbie's regimen, as she shared in an interview with Lifestyle Magazine. Her diet hasn't hurt her so far, as she is easily able to pull off the athletic and strong look of Quinn and looks as she came straight from the pages of DC Comics.

I don't have a very good diet. I love beer, fries, burgers, but if I have to get in a bikini then I eat carrot sticks for three days. I'm one extreme or the other.

While this doesn't sound like the healthiest diet, Robbie is probably exaggerating a bit and certainly doesn't have burgers and fries for every meal. But it isn't uncommon for actors to tailor their nutrition plan so they look their best when it is needed on camera.

Margot Robbie is a rising star in Hollywood because of her incredible acting skills and dedication to the characters she portrays. Her young career is filled with incredible credits from films like ​The Wolf of Wall Street, Focus, and The Legend of Tarzan.