Ray Stevenson has had a long career as a tough enforcer in many different action flicks.

While he is well known for playing Frank Castle/The Punisher in the 2008 film Punisher: War Zone, he has also played Volstagg in the Thor series and Marcus Eaton in the Divergent series. ​

Those roles all require looking the part of a comic book hero and extra training to prepare for such physical roles. ​You can see an example of what it takes to get in shape like that with the sample Ray Stevenson Punisher workout and diet routine below. 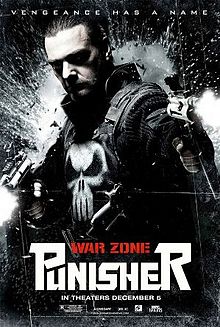 Stevenson, who trains with stuntman Jeff Wolfe, shared some of his workout routine with Brandon Guarneri in an article on Men's Fitness:

This weight lifting workout puts a strong emphasis on the upper-body, which many consider to be the most defining aspect of a comic book character. That's not the only training he did, as he also incorporated the supplementary work seen below.

His characters, especially Punisher and Volstagg, rely heavily on hand-to-hand combat and other action fighting. This type of training helps him prepare for shooting fights so he both looks the part and can do some of his own stunts.

Preparing for these roles doesn't just require him to look like a bodybuilder. He needs to look as though he has the functional strength that his character would need. After all, nobody cares what Frank Castle's bench press is when they are in a fight with the Punisher. ​He shared a little bit about this in the quote below:

Think of Russell Crowe in Gladiator. The man looks like an ox, like he can wield a steel blade and an 80-pound shield all day long, not like he's counting reps in a gym somewhere. As soon as you have a gym body, people start wondering where the hell is the gym, especially 30 years after a nuclear holocaust.

This means his workouts needed to be geared towards different types of functional strength training. Obviously, lifting heavy weights can help with that, but the shadow boxing and kicking work also needed to be added so he could look like he could fight.

While Stevenson has joked about his love of cultural food, getting in action star shape is no joke. When he is not taking a break on his diet between movie or TV shoots, he has to keep a very strict regimen to look the part of the character he is about to inhabit.

His diet consists of quality, nutritious f​oods to get him in shape to play his iconic characters. Stevenson doesn't get many breaks though, as he is often going from one film to the next, with sometimes a TV series mixed in between.

Stevenson has played multiple Marvel comic book characters, most importantly as the leading role of Frank Castle in 2008's Punisher: War Zone. ​He also played Volstagg, one of the Warriors Three, in 2011's Thor and 2013's Thor: The Dark World. Both characters are none for their fighting ability, although Castle does it on the streets and Volstagg handles his fights on another planet.

These are hardly his only action roles though. Some of his other work includes Kill the Irishmen, G.I. Joe: Retaliation, and as Marcus Eaton in Divergent and the sequels. ​These roles all require him to be in excellent shape due to both his character's look and for the long days of shooting a physical role on set.

The Ray Stevenson Punisher workout and diet plan above show just how committed he gets to inhabiting his roles. It takes a serious amount of work to convincingly play some of the iconic roles he has, but with the right work ethic and program, it is possible.