​The Punisher has long been one of the toughest and meanest characters in comics, and whoever has to portray him has to look just as tough.

The Thomas Jane Punisher workout routine and diet plan below shows how Jane was able to get in comic book shape for the 2004 film The Punisher. ​

Frank Castle/The Punisher has been around in Marvel Comics since 1974 and has a long history in other media, from being played by Dolph Lundgren in the 1989 film to Jon Bernthal in season 2 of Netflix's Daredevil TV series. ​ 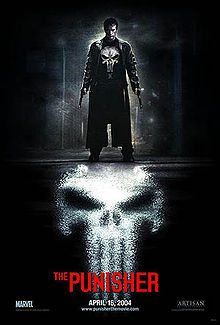 Jane expanded on how he prepared for the role of Frank Castle/The Punisher, despite not initially being interested in going to the gym to get exercise, in an interview with Matt Tuthill of Men's Fitness:​

Thomas JaneOn training for the role of Punisher

I've never been a real gym guy. At the time, I was just a glowering actor guy, who really despised going to the gym, but I did it because it was part of the job. What kind of broke the mold for me was the NAVY SEALs guys. They came in [before the film] and gave me the training that the NAVY SEALs do...I just follow direction and do it.

He would train 4 days per week, with cardio and core work every day. In addition to that, his lifting split looked like this:

For an example, the Monday workout for chest and biceps looked like this:

This strength training split is a little different from traditional bodybuilding programs, but clearly it worked. Jane was able to not only add muscle to his 5'10" frame, but also increase strength and lean out. The combination of muscle mass with a lean frame helped him look like a comic book character and helped him during the action scenes on the movie shoot.

If you want to look tough, you have to eat smart. Jane and his trainer, John MacLaren, shared some of the secrets to his Punisher diet plan in a 2004 interview with Men's Health. During this time, a typical day would consist of between 2,000 to 2,500 calories, with a typical day of eating looking like this:

Again, the overall caloric intake per day were around 2,000 to 2,500 per day. The goal of the program is to cycle fat intake every 2 weeks so the body doesn't adapt to the program. Constantly cycling like this allows progress to continue without stalling.

The first 2 weeks of any agressive diet plan typically yield amazing results, but if you maintain the regimen for too long, you start cannibalizing muscle tissue and slowing down how fast you burn fat.

Doing this program before shooting The Punisher yielded great results for Jane. His overall caloric intake stayed roughly the same, but by rotating the fat intake every couple weeks allowed him to reduce his waistline by 5 inches.

The Punisher is an iconic antihero and the fans demand that actors who play the role are not only good actors, but look the part of Frank Castle. This Thomas Jane Punisher workout routine and diet plan show what it takes to look the part.