Adrianne Palicki is one of the leading action stars among female actors today.

She is known for action roles in the 2013 film G.I. Joe: Retaliation and ​has twice played a superhero on a TV Series - first as the lead in a 2011 Wonder Woman series that didn't get picked up and as Bobbi Morse/Mockingbird beginning in 2014 in Marvel's Agents of S.H.I.E.L.D.

Palicki has been able to land these roles not only from her acting skills, but because she also gets her body into fierce fighting shape. The Adrianne Palicki workout that is listed below show how hard she works to get into shape. ​ 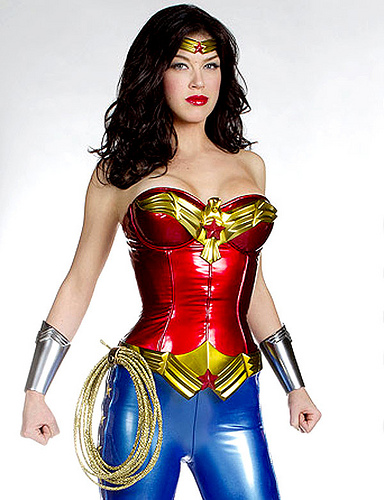 Palicki's trainer, Aaron Williamson, shared some information on how he prepared her to get in shape for G.I. Joe: Retaliation in an interview with Shape Magazine. A big focus of her training was cardio weight training circuits, which can tone muscles and burn extra calories at the same time.

Below is an example of 1 of the circuits she would do. All 9 exercises would be performed consecutively, with no rest between lifts. At the end of the circuit, she would rest for 1 or 2 minutes and then repeat 2 or 3 times. ​Each workout session would begin with a 10 minute light jog and warm-up.

Below is another sample circuit Palicki would perform, using only dumbbells. Obviously, you'd want to choose a weight that you could complete at least 10 reps with each exercise. Each lift is performed with no rest until all exercises are completed. Then, rest for 1 minute and repeat up to 4 more times.

Palicki shared some of what training was like for G.I. Joe and how she gained extra respect for members of the military because of the challenging workouts when talking with the Toledo Blade:

We had to do gun training and weapons training, stunt training and muscle-building training. It was a lot of work in the beginning. I would come home crying because we're all working 10 hours a day, running around with guns, and cry myself to sleep. But it ends up being fun. I have a real respect for men and women who actually do this day in and day out and actually have their lives on the line. It's crazy!

While being an actor in a movie or TV series certainly doesn't have the same demands as being in the military, it can certainly be challenging on the body. Actors must train to look like they can fit into their role and also be able to perform some of the stunts they need to.

This, combined with long days shooting of 10 hours or more, can really challenge the body. This is why a proper training program is so crucial for actors. They aren't done just so they look good on a screen.

Obviously, training hard can only mean so much if your nutrition plan isn't on point. A big aspect of Palicki's diet is green vegetables, which are crucial for a variety of reasons. She also has a good balance of protein, fats, and carbs based on the demands of each days training session.

While Palicki didn't quite get to follow in the footsteps of Lynda Carter as Diana Prince/Wonder Woman on a TV series, the character would be brought to the big screen just a few years by Gal Gadot in the 2016 film Batman v Superman: Dawn of Justice.

Palicki is one of the leading female action heroes today, in part because of her commitment to proper diet and exercise programs. This has helped to earn her roles in many action movies and TV series. ​