Lynda Carter might be best known for playing Wonder Woman, but her commitment to proper diets and exercise has led to a long and successful career.

Years before Gal Gadot's intense Wonder Woman workout program to prepare for her debut in the 2016 film Batman v Superman: Dawn of Justice, ​Carter brought the Amazonian Diana Prince to life in the Wonder Woman TV series from 1975 to 1979.

​Playing the most iconic female superhero of all-time required Carter to not only have great acting skills but also be able to pull of the look of a strong and tough superhero. So what did the Lynda Carter workout routine and diet plan look like? 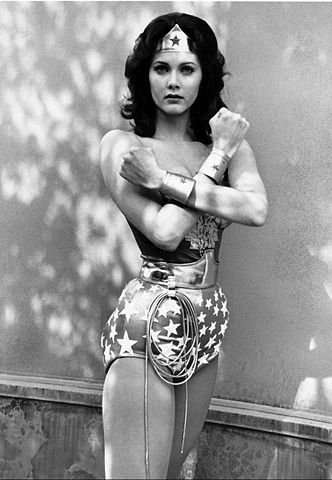 Carter was cast in the role of Wonder Woman in 1975 and was already in great shape as she was the 1972 Miss World America. Still, she worked hard to look the part of the strong comic book icon. She followed an intense exercise routine and a strict diet, which happened to be mostly vegetarian.

While Wonder Woman could be a very physical role, with many action scenes, Carter would often perform her own stunts. This would make being in shape even more important as her character would be very active in running and fighting.

Carter has stayed in great shape despite not playing the character for decades. Today, she still performs daily workouts and her diet avoids gluten and dairy. ​Her exercise program can vary greatly, but often consists of:

While she doesn't do all of the types of fitness every day, she does pick one of these or a similar type of training. Incorporating all of this variety, and constantly mixing it up, allows her to continue to stay in great shape without plateauing.

Carter, who is 5'9", is still in great shape and looks much younger than her age. While she eats clean the vast majority of the time, she doesn't deprive herself and allows herself to occasionally cheat on her diet a little. ​The rest of the time she focuses on healthy whole foods, such as fruits and vegetables.

Carter shared some tips on how she can focus on staying healthy despite traveling frequently in an interview with Rachel Lee Harris of The New York Times.

I drink a lot of water and try not to eat too much at night, all that stuff. But the exercise is the No. 1 thing to keep you from being overtired...I try to vary it as much as I can. If I'm at a place that rents bikes, I will use a bike. But you can always take a pair of tennis shoes and walk.

These tips are obviously great whether you travel frequently or not. Drinking plenty of water and avoiding unhealthy late night snacking are important for any diet plan. Focusing on healthy whole foods, and limiting overall time eating out, are great nutritional tips.

Mixing in some kind of exercise every day, whether it just be a short walk during a break or a longer weight lifting session, is very important and doesn't have to be time-consuming. Variety is important, and you can really mix up your type of exercise to find what you like and avoid boredom.

Despite earning such an iconic role as Wonder Woman relatively early on, Carter's career has lasted for decades. She has appeared in several movies and many different TV shows over the years.

Her comic book role came at an important time to boost the popularity of the genre and in 1978, just 3 years after her debut, came Christopher Reeve's debut as Superman, which helped usher in the modern era of superhero movies.

Regardless of who eventually plays the role after her, to some she will always be the Diana Prince/Wonder Woman. Her portrayal was true to the heart of the character and left a group of fans that will last for generations. ​

Carter even returned to the world of DC Comics in 2007 when she appeared in the TV series Smallville. Her commitment to working out and eating right has helped her to stay in shape and continue to flash her acting talents.

Healthy Snacks for your Home Party

Dining Out for Athletes

How to Make Sure You Are Drinking Enough Water