Getting in shape to look like a superhero one time is more than most people could hope to accomplish.

Christian Bale, who is no rookie when it comes to body transformations, has been able to get in superhero shape to play Bruce Wayne/Batman 3 times - for Batman Begins in 2005, The Dark Knight in 2008, and The Dark Knight Rises in 2012.

Bale has pushed his body to the limits, from a rail thin 121 pounds in the 2004 film The Machinist to a muscular 200 plus pounds to play Batman to a chubby slob in 2013's American Hustle. Manipulating his workout routine and diet plan is what has helped make such vast changes for his roles. 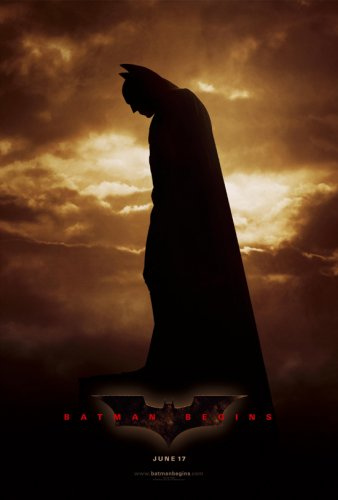 Bale was so weak at 121 pounds that he couldn't even perform a single push up. He only had 5 months to get in Batman shape, and did a variety of training to build his muscle mass back up and look more like the character. Some of the training he did included.

His strength training workouts focused on the big exercises that would give him the most benefit. He primarily used exercises like squats chin-ups, and high pulls to go along with sprints and lunges. He also did plyometric circuits and martial arts training. All of this helped him to bulk up and look more functional in the role of The Caped Crusader.

The training worked, as he was able to pack on 100 pounds in those 5 months. He actually got so big that his director, Christopher Nolan, thought he was a little too heavy and asked him to drop 20 pounds.

I had to put on a great deal of weight, which was necessary for the character. He has no superpowers so you have to believe he's capable of this. I kind of knew I could do it. I think Chris [Nolan, director] was probably worrying far more than me. I was talking to him on the telephone whilst we were doing The Machinist and he'd say, "How're you looking these days?"

It's important to note that just following Bale's workout and diet regime isn't going to help you pack on 100 pounds of muscles in just a few months. For starters, putting on that much weight so quickly will force you to put on fat to go with the muscle and adding so much weight so fast can have a negative health impact. Also, as Bale had previously been pretty muscular at around 180 pounds, he was able to add weight quickly because of muscle memory.

The Batman Files by Matthew Manning took a look at what it would be like if the Dark Knight actually existed in our world. Included in that is a look at what Batman's workout routine would have to be like. Manning proposed something like this:

Strong, fast, durable, powerful, disciplined, and tough - a superhero with no powers would need to be all of these things. A training program for that hero would need to reflect that and incorporate all of those important aspects.

You don't add 100 pounds in 5 months - muscle or fat - without doing something drastic to your diet. Bale was able to drop down to 121 pounds by following a diet that consisted of only 1 can of tuna and 1 apple per day.

Just eating like a normal person again would have helped him to put some serious weight back on, but Bale had to make sure it would be good weight. After all, putting on 100 pounds of fat wouldn't help him to look anymore like Batman than he already did.

Bale followed a high protein diet that also included plenty of carbohydrates, like bread and pasta. He would get his lean protein from sources like chicken and tuna. He also had steamed vegetables, which provided him with valuable nutrients.

Putting on that much weight so fast certainly isn't something that Bale would recommended. He noticed that he had some serious problems and suffered from mood swings. Luckily, he was able to channel it into the same anger his character feels.

Christian BaleOn the health consequences of putting on weight quckly

You do get a lot of nervous energy. I think putting weight on, unfortunately I had to put it on pretty fast and it's not very healthy doing that. That was when I felt bad. I did actually start to feel I was putting my body under too much pressure because I put on 100 pounds in five months. You get mood swings, but not such a bad thing when you're playing this darker version of Batman.

Bale has mastered transforming his body to match that of the character he is next going to portray. He is an incredibly talented actor who is capable of fully committing both physically and mentally to whatever part is next in his impressive career.

Despite playing several different characters in between, Bale has been able to get in excellent Bruce Wayne/Batman shape on 3 different occasions from 2005's Batman Begins to 2012's The Dark Knight Rises and his made himself one of the most popular actors to ever don the cape and cowl.