Playing the future Superman for 10 seasons on a TV show comes with certain expectations for what your body should look like.

Tom Welling, best known as the lead actor in Smallville as Clark Kent/Future Superman, ​was able to maintain the iconic character's physique throughout the 10 year run of the show.

During his time on the set of Smallville, he was trained by Ramona Braganza, who has worked with Anne Hathaway, Jessica Alba, Halle Berry, and many others.

Welling said the following about Braganza's training: ​"Ramona’s workouts are engaging, challenging, and dynamic. The results are real and provide functional strength." 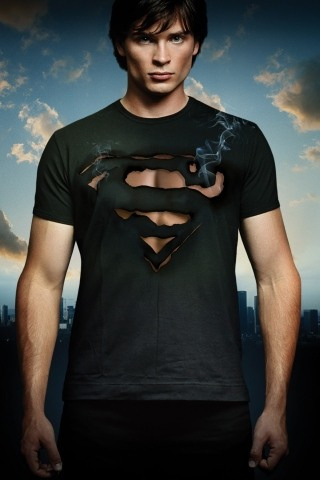 Playing such an iconic character forces the actor to look like he was ripped right out of the pages of a comic book. Even though Smallville is a prequel TV show, playing any version of Clark Kent requires the actor to have a big, muscular upper-body while maintaining a lean look.

Even if young Kal-El's superhuman strength and speed come from the Sun, the hero is expected to look like he is capable of pulling that off. Braganza talked about what she focused on when training Welling and what type of goals they had in an article with The Health Site.

Ramona BraganzaOn preparing welling for the role of Clark Kent

I trained Tom for several years during his role in the TV series Smallville. He has a great physique and to give him that Superman V-shaped look, we made sure to train shoulders and back with pull-ups.

While many people immediately think of chest and arms when thinking of a superhero, those are hardly the only body parts that matter. Welling would also work his shoulders and upper back to get wide lats that help accomplish that classic v-shape that is desired in both bodybuilders and superhero actors.

To accomplish this, Welling put extra emphasis on pull-ups. He would often focus on the eccentric or lowering portion of the lift to put extra stress on the upper back. This certainly worked, as Welling clearly put on significant muscle mass throughout the 10 seasons of the series and his presence would command the screen.

Pull-ups aren't the only key, however, as a good training program takes a complete approach to both exercise and diet. To get the look of a superhero, you must work every major muscle group while keeping your diet on point so you don't add any unwanted body fat.

So how could you incorporate this type of workout into your routine?​ While this isn't the specific training program Welling followed, doing something like the exercises listed below could get you similar results

These exercises target all of the major muscle groups in the upper-body, including chest, upper back, biceps, and triceps. A big and strong upper-body works with a lean midsection to create that v-shape that looks like it is straight from the pages of a DC Comics Justice League book.

Hitting all of these muscle groups also creates a balanced look, with muscles that are filled up everywhere. While lower body work is essential and should be included in any good training program, the upper-body is what most people tend to look at on their heroes. ​

The Tom Welling workout routine and diet plan for Smallville required a big emphasis on building quality muscle mass in the upper-body while maintaining low body fat levels. Without the proper nutrition, it will be very difficult to both build muscle mass and stay lean.

While Welling may have helped to bridge the Superman gap from Christopher Reeve to Henry Cavill, that is hardly all that he's done and he has had a long and successful career in acting and in producing.

Welling has done many other roles in his long career, including the Cheaper by the Dozen films, Draft Day, and The Choice. He also directed several episodes of Smallville and has producing experience from that series as well as Hellcats.