Michael Shannon has had a long career as an actor, but his most famous role may be as the villainous Zod in the 2013 film Man of Steel.

General Zod is one of the most iconic Superman villains and was made famous by Terrance Stamp in the 1978 and 1980 Superman films starring Christopher Reeve.

As a Kryptonian with superhuman strength, speed, and desire to destroy Henry Cavill's Superman, this is one of the most action-oriented roles Shannon has done. That is reflected in his workouts he hid to prepare, which you can see below. ​ 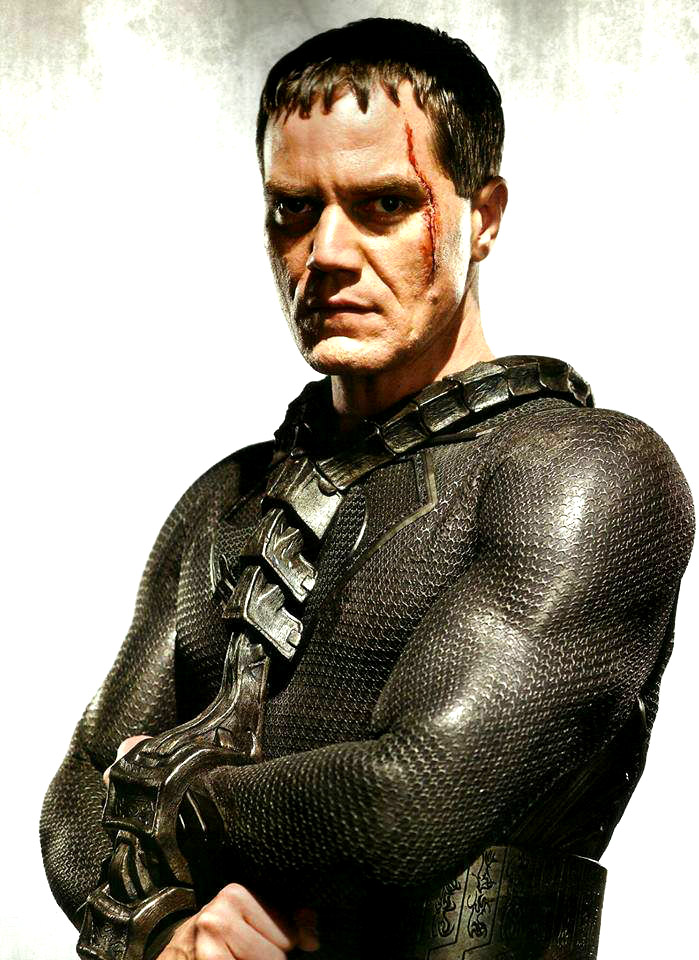 Michael Shannon as General Zod in Man of Steel - Photo By: Warner Bros.

A big part of Shannon's training, which was designed by Mark Twight, was goblet squats. These really work the lower body and core and are more friendly on the knees than lunges for Shannon's 6'4" frame.

It's all about the squats, man. These frickin' squats. They've got these things, goblet squats, where you hold the kettlebell under your chin and you squat back down and back up. If it was up to [Mark Twight], you would do these things all the time, that's all you would do. He would line them up from the lightest to the heaviest and you would start with the light oneand work your way up to the heaviest one.

While in the comics General Zod gets his superhuman abilities the same way that Superman does, any villain is supposed to look the part and be able to convince the audience he can stand toe-to-toe with the Man of Steel. That is why Shannon had to commit to many challenging workouts.

Another type of workout that Twight would have Shannon do was a barbell complex, often at the same time as Cavill. To do this, he would perform the the six exercises listed below in a row, with no break until all 6 lifts were completed.

If you are going to try these on your own, you should definitely begin with a conservative weight. While for the first 2 sets, you only perform 6 reps of each exercise, you perform a total of 36 reps without getting any break. You will need to start with a weight you know you can get and then work your way up from there.

This style of barbell complex can also be copied with other exercises. The complex above works primarily the legs, shoulders, and back. If you wanted to hit other muscles, you could simple sub out one of the lifts for one that targets the body part you want. It is still a good idea to target several muscle groups throughout the complex, so the other parts can recover while the others are being worked. ​

Shannon is an accomplished actor with many great credits on his resume. He plays a very intimidating villain and makes a convincing argument for how he can stand up to Superman.

Terence Stamp helped to make General Zod famous in Superman 1 and 2 with his quote-worthy lines and menacing appearance, but to an entire generation of fans, Michael Shannon is now the definitive Zod because of his performance in Man of Steel and the 2016 sequel Batman v Superman: Dawn of Justice. ​