Terence Stamp has had an impressive acting career that dates all the way back to 1962.

While he played a number of memorable parts early in his career, his commitment to fitness and nutrition has kept him healthy and allowed him to last in the industry for more than 5 decades.

After some health issues in his 20s, Stamp committed to getting his diet right, which has kept him in great shape. 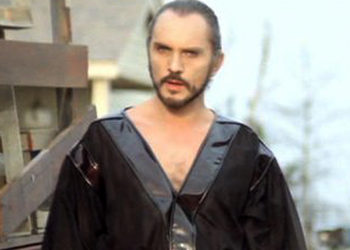 When he was just 27, Stamp developed painful ulcers. He was told he would need surgery to correct the issue. Instead, he took the matter in to his own hands, which he explained in an interview with Graham Bridgstock of Daily Mail.

Surgery was supposed to be the cure when I developed crippling duodenal ulcers at the age of 27. But I put myself on an exclusion diet - eating only brown rice for a month, then introducing one food at a time - to find out which was the bad boy. The answer: wheat and dairy products.

These days, I enjoy wonderful health.

Stamp believes that this has contributed to his ability to avoid surgery on everything but his tonsils and appendix. Now, he avoids wheat and dairy products at all times. He also avoids eating sugar. Stamp has avoided sugar for more than 25 years because even a small amount will cause him to develop spots on his face.

Having a personalized diet is something that is often overlooked, but can be very important. Some people might think they are doing everything right be eating only "health foods", but they still might not look or feel how they want.

One possible explanation for this is food allergies or intolerances. ​These are highly personal and there is a chance that some of your favorite "health foods" are what are causing you the most problems. At times, Stamp would revert to eating only brown rice because his allergies were so bad.

Stamp has developed daily habits to stay fit into his 70s. He does exercises for yoga, breathing, and meditation, according to an article by Sarah Hampson of The Globe and Mail. He also does some Tai Chi and Pilates. These things all contribute to his ability to stay healthy.

While he doesn't need to add serious amounts of muscle mass or get super ripped for acting roles anymore, consistent exercise is important. Stamp also does a weekly high intensity workout session that lasts for just 15 minutes. The workout is so intense that it takes him a week to recover from it.

Stamp has been active in acting for more than 50 years. His commitment to his health through a personalized diet is a major reason he has been able to stay fit and in great shape for all of these years.