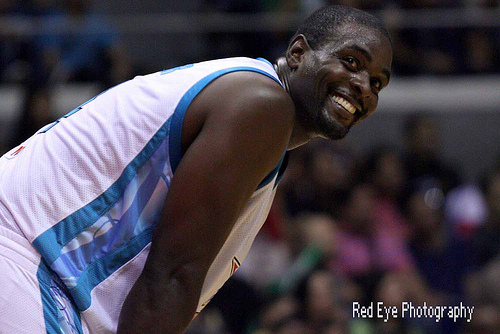 Chris Webber overcame adversity at several stops throughout his basketball to career to become one of the greatest power forwards in NBA history. His unique skills as a big man made him one of the most versatile players in the league. His basketball intelligence was among the best in the game and you can see some of his wisdom in these Chris Webber quotes below.

Tough catches are just a reality in basketball. You simply won’t always like every member of your coaching staff. It is still important to treat them with respect and learn everything you can from them. Tough coaches may seem like a challenge now, but they could be forging you to be a stronger overall athlete in ways that will help you in both basketball and life. Complaining about coaches never helps. Find a way to get the most out of the situation.

I’ve had hard coaches all my life.

Keeping your mindset focused on the larger goal is always important. You can get bogged down on certain things – playing time, teammates, officials, fans, and more – but none of that will make you a better basketball player or help your team at all. Complaining takes your focus off of what your real goals are. If you are burning energy complaining, they you aren’t burning energy improving your game.

I’ve been in the league 12 years. To sit on the bench and complain about the way things were, that doesn’t get anything done. I don’t know. I’m playing for a championship and trying to make the playoffs. My effort has never changed.

Despite being an elite player in both college and the NBA, Webber would put the team first. He was capable of scoring seemingly at will sometimes, but he would always make sure he would keep teammates involved. Teams can have short-term success with dominating individual performances, but to succeed in the big games, it takes an entire team playing together as a unit, with everyone emotionally invested.

I just want to fit in and win games for my team.

Webber did have to deal with injuries, particularly later in his career. This was one of the more challenging parts of his career, but he was able to overcome it. Basketball was responsible for a large part of his happiness, so when he was off the court, he had to reevaluate and put things back into perspective. Basketball can be an important part of your life, but it is never the only thing and isn’t the most important, even if you are a professional athlete.

Sitting behind the bench at games is the hardest thing I’ve ever had to go through because basketball is really most of my happiness. So when I can’t go out there and exert energy and have fun and things like that, it kind of puts everything else into perspective.

Chemistry is crucial for a basketball team. Late in his career, Webber switched to multiple teams but never caused an issue. It helped that his talents could fit into any offense, but his mindset helped him quickly click with teammates. Rather that putting his success first, he tried to figure out the best way he could fit in with an already established team.

I think that my career speaks for itself and shows the type of player I am. I have never had a teammate who didn’t enjoy playing with me. There are always going to be skeptics, but chemistry will definitely not be an issue.

An athletic 6’10” and 245 pound power forward, Webber was known for his all-around offensive versatility as he was skilled scoring, passing, and jump shooting. This skill made him the 1st overall pick in the 1993 NBA Draft after a dominant 2 year career at the University of Michigan.

He was the NBA Rookie of the Year in 1994 before being traded to the Washington Bullets and then finding a home with the Sacramento Kings. Webber would spend time with the Philadelphia 76ers and Detroit Pistons later, before finishing his career by returning to the Warriors.

His versatility and intelligence made him one of the most unique and fun basketball players of his generation. These Chris Webber quotes give you a peak inside a great basketball mind.