How to Play Strong Safety 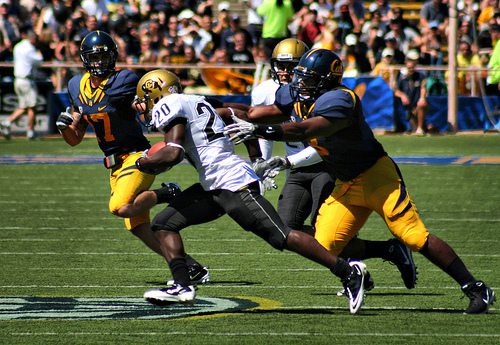 If you want to know how to play strong safety better, you’ll need to be a complete athlete with the right size, speed, and skills in defending the run and the pass. This makes the position an important defender in the middle of the field.

Strong safeties need to be reliable against the run and the pass. If you want to be better at the position, you’ll need to be dependable in run and pass defense. And it certainly doesn’t hurt if you can cover large chunks of yards on the football field and be an intimidating presence who provides big hits that can shake up the offense.

Depending on your scheme, you may also need to know the free safety position. More and more defenses are using them interchangeably. This essentially means each safety will cover either the left or right side, rather than having different responsibilities for the free and strong positions.

Size can vary greatly between strong safeties. There is no set rule for size. Generally, they are something of a mix between cornerbacks and linebackers. You can still play the position, regardless of your size, if you have the right skills for the position. You’ll want to have enough muscle and strength to hold up against offensive lineman in the running game and be able to take on tight ends in the passing game.

The NFL shows the differences in size across athletes at the position. You can find them from 5’10” and up. They also generally weigh at least 200 pounds. While you don’t need to be this big at the high school or even collegiate level, it gives you an idea of size relative to other positions.

Kam Chancellor is one of the biggest strong safeties in the NFL today. Chancellor is listed at 6’3″ and 232 pounds. This unique height and weight combination helps as an extra defender in the running game as well as providing physical pass coverage. There is a point, though, where you can be too big and it hinders you ability to cover ground and move in coverage.

T.J. Ward of the Denver Broncos is on the other end of the spectrum from Chancellor. Ward is listed at 5’10” and 200 pounds. This gives him advantages in quickness and short area change-of-direction that bigger athletes don’t have. However, it can make it harder to hold up in the more physical parts of the game.

Luckily, you won’t have to defend many wide receivers in man coverage, but it may happen occasionally. The speed is generally more useful in pursuing running backs and covering ground in pass defense.

There is also a big difference in speed in the NFL between athletes. You’ll see most of them in the 4.5 to 4.6 second 40 yard dash time, but that definitely can vary. The fastest ones are generally at free safety though.

As they spend most of their time in the middle of the field, strong safeties need to be strong enough to hold up against offensive lineman, tight ends, fullbacks, and others coming after them. This includes the ability to shed blocks from offensive lineman in the running game as well as being able to press cover tight ends and tackle them to the ground.

Jumping ability is important in many situations. While it doesn’t come up every play, being able to jump up and high-point the football is key if you want to make plays on the football in pass coverage. When matched up with tight ends especially, you’ll often have a height disadvantage. Being able to go up and get the football will help you get tips, picks, and force incomplete passes.

Run stopping is important for a strong safety. You’ll need to be able to come up in the box and be an extra linebacker in running situations. Even if you aren’t in the box, you’ll have to be able to step up and provide support in the running game.

Zone coverage may be important. You’ll usually be responsible for covering a deep part of the field. In cover 2 defense, you’ll be responsible for a deep half of the football field. In cover 3, you’ll cover a deep third of the field. In zone coverage, you can’t let anyone get behind you. You’ll have to keep everything in front of you, read the quarterback, and close on the ball when it is thrown. This gives the opportunity for big hits or interceptions.

Blitzing is another important, though rarely used, skill. Your defensive scheme may require you to rush the passer off the edge in an effort to confuse the offense.

Being dependable tackling is among the most important skills that a strong safety must have. They are relied upon to step up and make tackles on all kinds of offensive players, including running backs, wide receivers, tight ends, and sometimes quarterbacks. Tackling also includes the ability to pursue offensive players, wrap up, and bring them to the ground.

Kickoff coverage and punt coverage is a key part for strong safeties to provide extra value to the team. With good open-field tackling ability, you’ll be able to be a core part of the coverage units.

With the right mix of drills and training, you can take your game to the next level in no time.