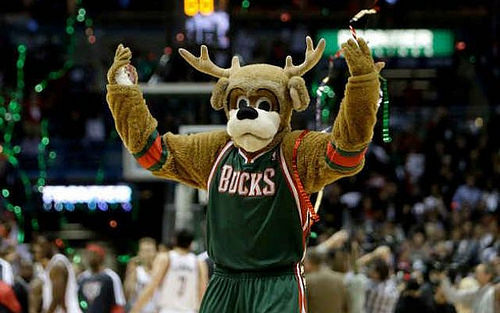 In recent years, wingspan and length have become buzzwords when talking about NBA Draft prospects.

There have been some insane wingspan lengths measured for incoming rookies in recent years, with the longest wingspan in the NBA currently belonging to Rudy Gobert of the Utah Jazz, who measured in at 7’8.5″.

Below is a list of the longest measured wingspans in NBA Draft Combine history since the year 2000.

The longest wingspan in NBA Draft combine history belongs to that of Gobert and Sene at 7’8.5″. Sene, a 7’0″ tall center from Senegal, was selected 10th overall in the First Round of the 2006 Draft by the Seattle SuperSonics. He had a short career in the league and would go on to play in France and the D-League. Gobert, a 7’1″ center from France, would go on to have more success after being selected as the 27th choice in the 2013 Draft by the Jazz.

It’s important to note that not all players in the NBA actually attend or get measured at the Draft Combine. Many prospects expected to be picked in the lottery will avoid the combine entirely and there are also plenty of players who were off the radar at the time of their draft class but go on to have long NBA careers despite not attending the rookie combine.

So while this data may not give us a complete picture, it is a pretty large sample size. Can it tell us if wingspan is a good indicator of basketball success? Obviously, other basketball skills are required, but it appears that, in general, longer arms would be preferred over shorter arms.

Wingspan alone doesn’t necessarily help or hurt a basketball player. It is how they are able to use their length on the basketball court. Players like Gobert, Drummond, and Whiteside are able to take advantage of their length and can use it to help on both ends of the court.

Other players, like Thabeet and Sene, never found sustained success in the NBA, but it would be a stretch to blame it on their wingspan. It could be argued that their length was one of the bigger factors in them making it as far as they did.

While physical measurements are just one of the numbers teams look at for rookie prospects, we shouldn’t be dismissive of how those numbers transfer to the professional level. All of the NBA combine drills help to evaluate prospects, but the Draft is an inexact science and it comes down to how good the players are at the game of basketball.

While length and wingspan may get a lot of hype each year from fans and scouts, it appears that it might not be undeserved and it is actually an important metric for teams to consider when evaluating an incoming rookie class.

Data is collected from: http://stats.nba.com/draftcombine/#!/anthro/