What is the Definition of a Point Guard? 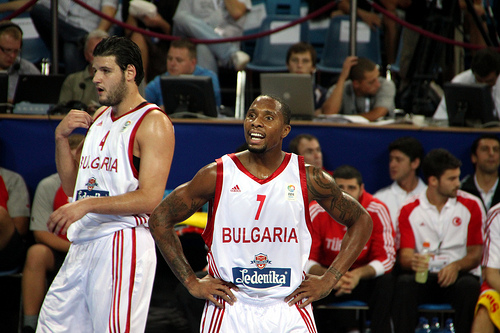 The point guard position is the leader on the floor for a basketball team. The actual point guard definition is based very much on the actual offensive and defensive system they play in and what the skills of that player are. In general, the following can be used as a definition.

Point guard – the offensive leader and primary ballhandler of a basketball team.

They are the main ballhandlers who bring the basketball up the court and get their team into the offensive set. There defensive responsibilities are based on what type of system their team runs or who they are matched up on.

Offensively, they initiate the offense and get the team into the proper play, which they either call themselves or relay the message from the coaching staff. The amount of ballhandling they do is based on their role, but they usually have the ball more than any other position. In the half-court offense, they may do major ballhandling also. In this case, they are responsible for seeing the floor and setting their teammates up for easy looks. Some teams are more wing or post dominant, which means the offense may run through one of those positions. In those systems, the point guard will bring the ball up and then primarily play a spot up shooting role to provide floor spacing.

Defensively, they will generally be matched up with the opposing point guard in man-to-man defense. In this case, they have to keep the player in front of them and prevent them from getting easy shots. Sometimes, they may be cross-matched and have to defend another position. This can be challenging, because they usually have a size mismatch. In zone defense, they are responsible for covering their assigned area, which means they could have to defend any position.

The point guard is the quarterback of a basketball team and is responsible for running the offense and putting their teammates in good position to succeed.