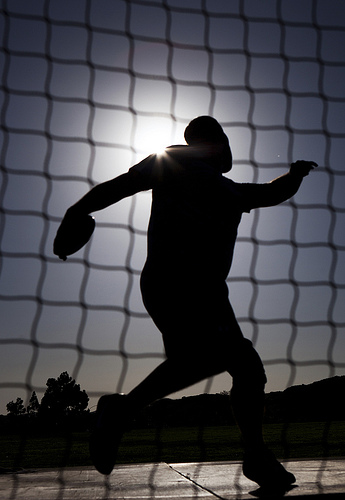 National high school records are obviously very challenging and rarely broken in the United States. In recent years, though, both the boys and girls national records in the discus throw have fallen.

Mason Finley had the boys record previously. He threw a distance of 236’6″ in 2009. The fantastic distance only held for 2 years though, when Crouser topped it. Crouser would go on to compete at the University of Texas in the shot put and discus. You can see video of his record throw in the video below.

Anna Jelmini previously held the national girls record. She threw a distance of 190’3″ in 2009, which means her record stood for 3 years before Vaughan topped it. Vaughan would go on to compete in college for Texas A&M in the shot put, discus, and hammer throws. Below you can see video of her competing in the discus throw while in college for Texas A&M.

It’s interesting that both records have been broken multiple times in the last decade. The spread of training information and quality coaching has undoubtedly helped to push the limits in the discus throw. While you would think early specialization in their event would play a major role in the development of these young athletes, that isn’t necessarily the case. It should be noted that Vaughan, for example, was a highly regarded volleyball player throughout high school.

The fact that both records come from recent years makes one wonder if someone will throw past these distances soon. It will take a tremendous combination of strength, athleticism, technique, training, and coaching to make it possible.