How to be the Best Point Guard on Your Team 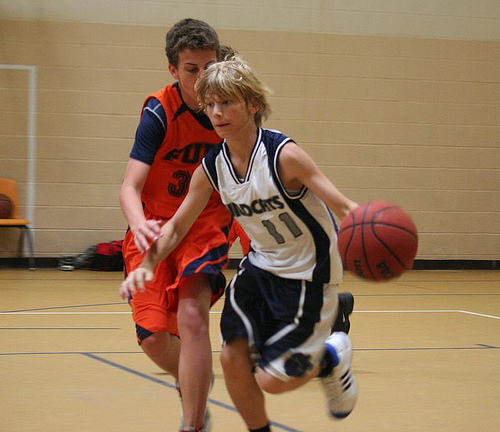 If you want to maximize your ability as a point guard, you have to be a complete player on the basketball court. Being the best point guard on your team is a great goal, but it isn’t always easy. It doesn’t come from being flashy or scoring a bunch of points necessarily. You have to take care of the basketball, create for others, play great defense, put your team first, and compete on every play.

Remember, your goal shouldn’t be to make the highlight reel. People in the stands don’t make decisions on playing time. You are trying to impress your coach and nobody else. They are the ones who choose your playing time based on who deserves to play and who will help the team win. Here are four key tips for how to be the best point guard on your basketball team:

While these rules apply to any offensive and defensive system, you’ll want to make sure you are fulfilling any other requirements specific to your system. For instance many coaches don’t expect much ballhandling from a point guard other than bringing the ball up court. If this is the case, your spot-up shooting ability may be more important than usual. This usually happens if a team is post or wing dominant and gets the ball in other’s hands as the primary option. This works the same on defense. It doesn’t make a lot of sense to spend all your time on man-to-man skills if your team runs primarily a 1-3-1 zone defense, for example. You need to spend most of your time practicing the things you are asked to do during a game. These may or may not be the things that make you the best overall basketball player, but they will make you the best player in that role for your team.