What is a Throws Weight Pentathlon?

You might be surprised to learn that there is a pentathlon specifically for throwers. That’s right, 5 different throwing events that lead to a combined score to determine who the best overall thrower is. It is a popular event in masters throwing circles around the world. 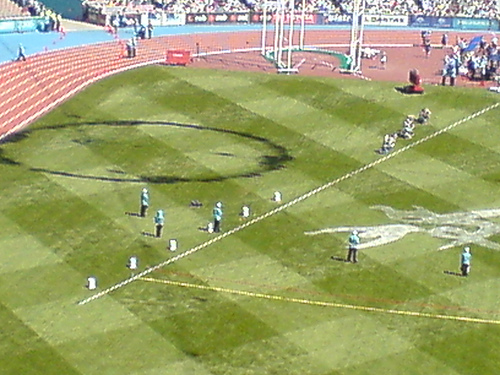 The best mark in each event is converted into points. You can find a calculator that tallies points for each event and gives an overall score here. That makes it much easier to keep track of scores. The throws contested, in order, are:

These are the 4 Olympic throwing events plus the weight throw. While the throws contested are the same regardless of age or gender, the implement weight is different based on age groups. The weight decreases for alder age groups. You can check out the weight of implements used based on each age group here. Competitors get 3 attempts at each event, with the best mark being counted for scoring purposes.

Ruth Frith is known for being the oldest person to complete a throws pentathlon. She did so at the age of 101.

The weights listed are for open athletes. Masters athletes use weights based on their age group. You can see see rules, age divisions, and scoring charts at this link. This isn’t a common event, but you can find it at some open and masters meets.

Here is a video from 2009 that shows an ultraweight pentathlon competition, including throwing all 5 different weights.